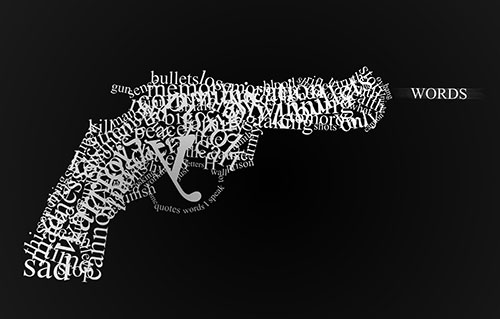 We live in a days, when more than ever most battles are a subtle ones. The ordinary violence and compulsion are not so effective anymore, especially in the age of information and internet. That's why the weapons became invisible.
Unfortunately, in most states and societies the Democracy, human rights, social justice, civil society, solidarity, tolerance, social liberties slowly but constantly are being deteriorated by the elites, oligarchies, corporations and mafias, striving for absolute power over societies and the human kind as a whole.

Their degrading order is being imposed by different means - economical, sociological and social, psychological, legal, cultural and so on, thus creating a very restrictive and degenerative frame and conditions of existence for the individuals. That frame restrains most of the people in some underdeveloped state of mind, dominated by basic instincts, fears and confrontations. People are held in the lower levels of Maslow's pyramid of needs, in psychological cages, trained to think and behave in predefined and standardized models, which prevents them to develop true and independent spirit and identity. 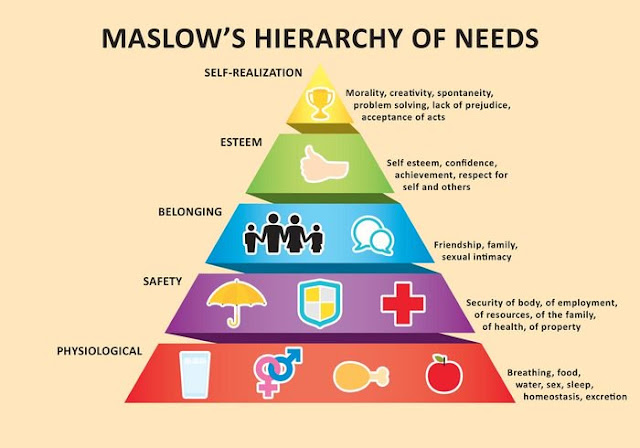 As we see, this is a vast topic, far beyond the focus of this article, but this introduction is a necessary prerequisite for the following presentation of the list of psychological methods, used by some circles  in order to subdue the masses and the individuals to think and behave in the desired way.

These methods we could see anywhere in our life - on the TV, radio, newspapers, magazines, internet forums and social media... practically in any field which involves some kind of communication. More often they are used not for achieving personal goals but rather for achieving the goals set by policies of different organizations and circles. Before to start exposing them, I have to mention that they are just my interpretation and related more to the communication with a separate individual(subject). For a professional systematization of manipulation methods regarding mass manipulation please refer to The 10 strategies of media manipulation by Noam Chomsky.

1. Repetitiveness and systemicity
No matter the time passed, a constant repetitiveness of the influences is essential for achieving an effect, a breach in somebody's defences. All actions, no matter what exactly they are, are being conducted over and over with firm demonstration of determination and will, searching for a chinese water torture effect, when a person exposed to any influence, even if it is a weak one, gradually develops intolerance to it, resulting in constant increase in irritation and reduced ability to confront it.

2. Suggestion
The manipulators repeat their suggestions in many different ways, either in obvious or concealed way. It is being expected the object to accept these suggestions subconsciously, even if in the beginning he/she to contradicts them. This is some way of modelling the desires and attitudes on a subconscious level, just like the way subconscious marketing does. The belief is, that the mind will imitate the observed behaviour in some way.

3. Pseudo morality
Oftenly, when the object is not obeying, he/she is being criticized for behaving immoral, even if the opposite is the actual truth. This refers to accusations of being "not a good person", "not serving his/her duty",  "not patriotic", "not a good christian(or whatever the context religion is)", "egoistic and selfish", "sociopath" and so on...

4. Training
A person is trained to overreact to a given stimulant or irritant.
The stimulant could be of any kind - a separate word or name, a phrase, a picture, a melody... When such stimulant is repeatedly presented in conjunction with causing an emotion in the person, later just presenting the stimulant will cause this emotion, even if the original cause of the emotion is absent.  The effect is a conditional reflex like this in the Pavlov's dog experiment.

6. Relative perceptions
When the subject of a manipulation doesn't like a thing which the manipulator wants him/her to like, the manipulator involves a second thing, which is definitely worse than the first. Thus, the first thing seems to look already better, compared with the second.
For an example - the grey colour looks darker on a white background, than on a black one.
This approach can be used in any thing, which could be an object to a human perception and assessment.

7. Determinism. Implantation of feelings for doom and inevitability
The manipulator bases his/her objectives like a consequence of  inevitable and insuperable processes. Examples:
"Such is life."
"Such is the future."
"The outcome is clear."
"It is a matter of time."
etc.

8. Claim of objectivity
The manipulator claims that his/her actions are based on an objective, indisputable and competent assessment. Appeals the subject to accept that as a fact.

9.Psychological corruption
Imaginary benefits are offered, for which the subject should believe that they are offered in real. If the latter concedes from his/her positions, because of these benefits, he/she is already morally corrupted, and has proven to himself that he/she could sell his beliefs for something. His/her resistance is being weakened, especially if the latter is related to moral beliefs. The manipulator "proves" that the subject's position is not a matter of principles, but rather of a bargaining.

10. Recognition
Knowing the subject, the manipulator could present to him/her a story, in which the subject to discover something, related to him/her and thus to recognise himself in an element of the given story - a protagonist or another character, or to compare (parts of)the story to his life, or whatever... Thus, with the real or imaginary similarities on which basis the subject has recognized himself in an element of a story, he could wrongly assume that he owns other of the character qualities(positive or negative), without this to be true, but just the intention of the manipulator.

11. Ordinary harassment
The subject is being harassed psychologically in order for him/her to be exhausted and could no longer continue to "lead the war".

13. Implanting an identity
The subject is being joined to some kind of a social group by ethnic, national, religious, material or other indication. Then the subject is being appealed to behave according the characteristics of this group, no matter if they are real or fictitious.
Example:
"We do like that. This is a part of our culture."(so, you should do that too)
"Please, behave like a real Timbuctuan."
"You, the writers are ALL very gentle souls".
etc.

16. Accepting the idea of restrictions
It is being suggested to the person, that he/she has to accept some restrictions in his/her life as essential, normal and natural. The concept of "ceiling" puts the person in a different mental state and attitude.
Example:
"You can't have everything."
"When you will stop craving for more?"
"There is not an absolute freedom."
"Not everything is allowed."
"You have to compromise."(even when you don't have)

17. Patronizing. Treating people as children
When people are treated as children, they often react childish.
This is the objective of the manipulator. He/she gains a psychological advantage over them, and reduces their critical thinking ability.

18. Emotions over logic
Addressing the human emotions is more beneficial for the manipulator than addressing the rational thinking. That's why manipulators try to provoke emotions in their subjects, in order to have something to work with.

Email ThisBlogThis!Share to TwitterShare to FacebookShare to Pinterest
Етикети: AlsoMustRead